Striving towards Mastery in Mathematics Classrooms


Let’s take your standard introductory first-year college mathematics course as an example. Incoming freshmen are asked to explore and understand a very diverse (but interlinked) landscape of ideas and concepts: Algebra, Functions, Calculus etc. As a teacher, assessment is one of the ways through which you can guide your students along the mathematical terrain.

Ironically enough, these assessments are often the source of large amounts of anxiety in a lot of mathematics students; a result of traditional assessments mainly taking the form of high-stakes, one-shot, end-of-the-course, tests which decide whether or not a student passes a specific course i.e. summative exams. Due to the high-stakes nature of the test, students often develop tunnel vision and end up falling into the thought pattern of “as long as I pass, it’s okay.”

A thought pattern that pushes students to focus their attention on “earning points” as opposed to holistically understanding the subject matter. Students end up looking for shortcuts (cheating, mindless memorization, cherry-picking topics to study) in the attempts of making sure they will be able to get enough points to pass the upcoming summative exam. And due to the way traditional assessment systems are set up, once a student passes a summative (with a passing grade of 60%) for a specific topic/course, he/she is able to move on to the next stage of the learning journey, even though there are severe gaps in knowledge (the remaining 40%).

As the student moves on from course to course, it becomes increasingly difficult to even just scrape a pass as the gaps of knowledge keeps compounding. If a student has not fully understood or mastered the topic of algebra, how is he/she meant to fully understand or master the topic of calculus?

And to come full circle, traditional assessment systems often end up becoming a collection of assessments of learning instead of assessments for learning. Summative assessments become checkpoints that simply signify the time period to learn a particular topic is over. The grade a student receives at the end of a specific time period is what the student is stuck with. Moreover, subconsciously, the students normalize and internalize the idea that there are grade A students and there are grade C students. Their value has been assigned and the value is fixed. In other words, students develop the idea of being ‘helpless’ and ‘simply not good at math’ since the summative exams don’t provide the students with an opportunity (or a second chance) to succeed with further practice and effort. 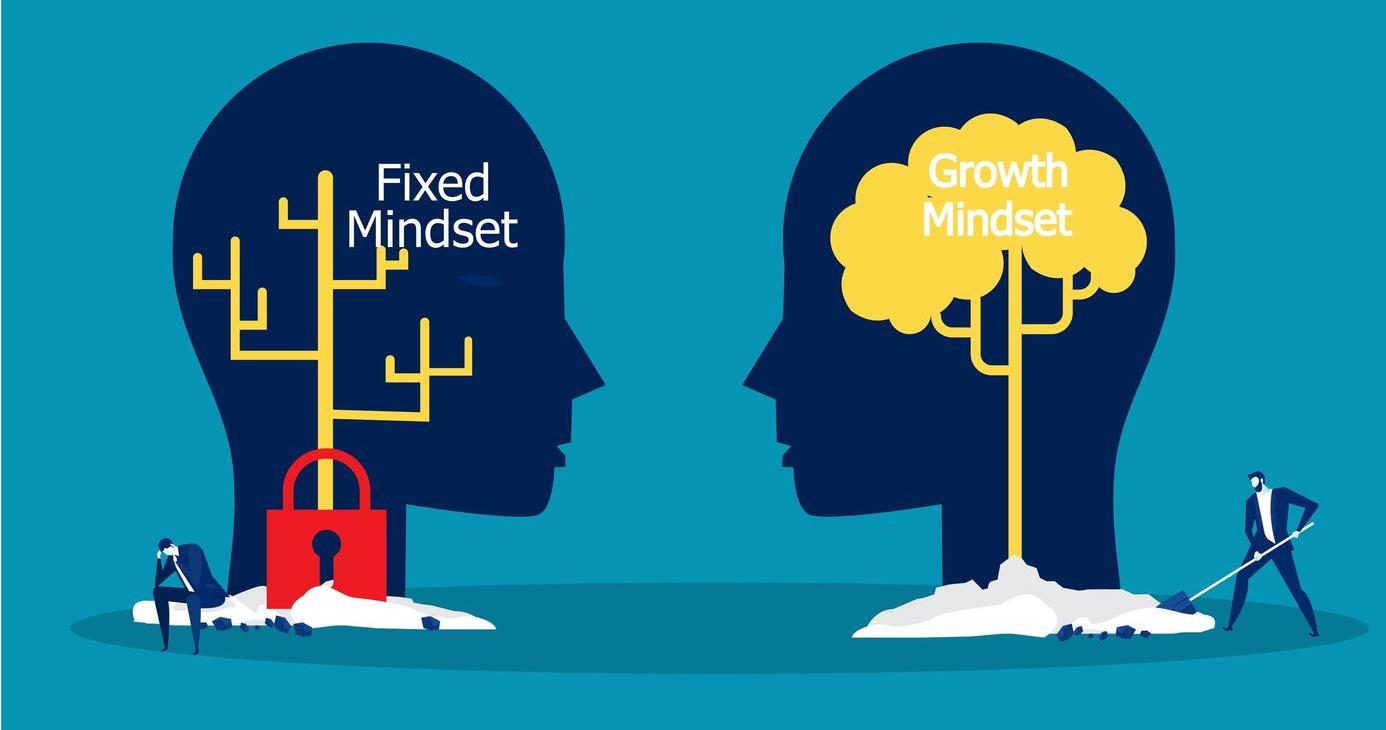 This is where mastery-based testing provides a much-needed alternative to the traditional assessment approach. When looking at the makeup of any mathematics classroom, it is very clear to see that the most motivated students are the ones that believe that they can develop their abilities through effort and practice (growth mindset) as opposed to having the belief that their achievements are limited by innate intelligence (fixed mindset). Students with a fixed mindset often end up losing confidence in themselves and start questioning their own capabilities when it comes to mathematics. Conversely, students with a growth mindset, treat failure or a bad grade not as a reflection of their intelligence but as a learning opportunity through which they can get better at math. The assessment system of mastery-based testing essentially tries to develop this growth mindset in every student. By implementing mastery-based testing, teachers can start shifting the incentive structure of traditional assessment systems; students will be encouraged to develop a deep and holistic understanding of course materials (working towards mastery) as opposed to developing superficial understanding via memorization and cheating (working towards a passing grade).

While there a multitude of ways to implement mastery-based testing within a classroom, most implementations have the following three characteristics:

To start with, a course or module should no longer be seen as a giant block of information that is to be disseminated and consumed. Rather the module should be broken down into smaller easier digestible concepts and skillsets.

For example, one way of breaking down the topic of Algebra would be: 1) Variables 2) Calculating with exponents and roots 3) Expanding brackets 4) Factorization 5) Notable products 6) Adding and subtracting fractions. The idea here being that by mastering each of these sub-topics, a student will have mastered the whole Algebra module. Furthermore, by breaking it down into smaller chunks and by clearly outlining which concepts together make up the whole that is Algebra, students have better clarity when it comes to what stands between them and the mastery of the module.

When it comes to mastery-based testing, there is no such thing as partial credit or a passing score. Students are only awarded credit when they are able to successfully demonstrate mastery of a specific concept or topic. This means that students are no longer incentivized to just scrape by with a passing grade but rather encouraged to dive deeper into each concept and fully understand it. Furthermore, teachers are to communicate to their students that they would rather have the student’s exhibit mastery in a few of the concepts of a given module as opposed to having a mediocre understanding of all.

This is because Mastery-based tests are not to be seen as one-shot exams that decide whether or not a student passed a course, but rather these tests are to act as opportunities for students to identify which concepts they need to spend more time on understanding and practicing. This brings us to our third characteristic and the importance of providing students with the opportunity to work on their gaps in knowledge.


3. Multiple attempts for every test

The way mastery-based testing allows students to work on their gaps of knowledge is by providing them with multiple opportunities to test themselves on each concept, the idea being that with every attempt they get closer to mastery by incorporating the feedback they received in the preceding one. Additionally, a student’s final grade should only reflect their most successful (and most likely their most recent) attempt at mastering a concept, and not their previous failed attempts. By having such a policy, students are encouraged and incentivized to test themselves and improve themselves as much as possible without the fear of failure. It also helps students internalize the idea that failure is part of the learning process.

In practice, this would mean that during the duration of a module/course, students are provided with multiple opportunities to test their knowledge about the foundational concepts of the module/course. Depending on the amount of resources available to the teacher, the exact number of opportunities will differ, but the principle that is to be maintained is that students have multiple chances to test themselves on each concept of the module.

Going back to the example of Algebra, this would mean that during the Algebra module, students will get multiple chances to test their understanding of each of the underlying concepts (1.Variables, 2. Calculating with exponents and roots, 3. Expanding brackets, 4. Factorization, 5. Notable products, 6. Adding and subtracting fractions).

A simple model for this Algebra module would be to have five in-class tests, where every test contains questions of all previously covered concepts plus two news ones:

Another thing to keep in mind is that the final test should not feature any new concepts because then the students would only have one attempt to display mastery on them. Apart from that, the last test can also be replaced by a traditional final exam if the university in question requires it.

Under such an assessment system, students are always provided with an opportunity to test themselves again on a specific concept after incorporating the feedback they received in previous attempts. And in the above example, it would mean that every student will have (at least) two attempts per concept.

And that’s pretty much it! Or rather that’s pretty much it for a very high-level overview of mastery-based testing and now it’s up to you to think about what exactly the implementation will look like in your classroom given your specific situation while still maintaining these principles.

While it’s definitely possible to implement a mastery-based assessment system without the help of digital technology (especially if you are trying it out for the first time), digitizing parts of the process can definitely help when it comes to making the whole process less labour intensive. And here, we are mainly talking about the large number of exam questions that need to be written and the large number of exams that need to be administered. Since every test is meant to introduce new concepts while still giving students an opportunity to test themselves in old concepts, several versions of each ‘concept question’ are needed if one intends to implement mastery-based testing throughout a course module.

This is where digitizing the whole testing process can become very useful. By writing out the first version of the question using a digital tool, teachers are then able to use the computational power of the machine to generate as many randomized variations of that initial question as possible. On top of that, you can also set up the whole process in such a way that the grading and the feedback is automated as well.

Over the last 10 years, we have been using our digital mathematics tool to help teachers precisely do this in their mastery-based-learning classrooms. We even provide teachers with a pre-made database of exercises, so they are free to just pick and choose from our exercises or to even use them as a foundation to write their own.

By automating the whole process of test generation and grading, teachers are free to administer as many or as little mastery-based tests as they wish without having to worry about burning the midnight oil; on the other hand, students have a very clear path towards mastery and the only thing stopping them from achieving it is themselves!

Do you want to be on top of the STEM Education world?

Bolster Academy is part of The Paragin Group

© 2023 Bolster Academy, by sowiso.com from Amsterdam